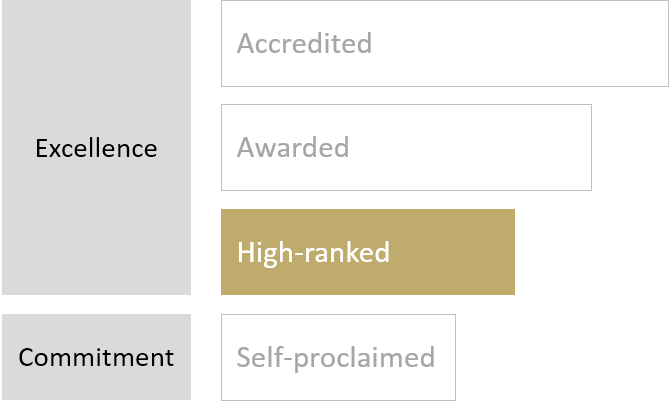 Learn more about the League's methodology.


Reason for inclusion in League

Description:
Robert College was founded in Istanbul,Turkey, by Dr.Cyrus Hamlin,an educator, inventor, technician, architect and builder, and Mr. Christopher Rheinlander Robert, a well-known philanthropist and a wealthy merchant from New York. Prof. Dr. Aptullah Kuran, a graduate of Robert College, became the first President (1971-1979). He was succeeded by Prof. Dr. Semih Tezcan (1979-1981), and then Prof. Dr. Ergun Togrol (1981-1992). In 1992, Prof. Dr. Ustun Erguder, a graduate of Robert College, was elected President by the Bogazici University faculty. The University has expanded both physically and academically. One faculty and six institutes offering graduate programs have been added. Many of the University's buildings are located on its South Campus, with the Bosphorus and the historical castle of Rumelihisar as its boundary to the east. This campus encompasses the oldest buildings of the University. The completion of the Main Library, the Science and Engineering Laboratories Building, the Faculty of Education Building, the Men's Residence Hall II, the Women's Residence Hall II and the Educational Technology Building has enhanced the North Campus. The Kandilli Campus, housing the observatory, was incorporated into the University in 1982, and the Hisar Campus in 1989. The University now has a lodging complex for the staff a residence hall and a large athletic complex on the Ucaksavar Campus. A resort near Kilyos on the Black Sea coast, called Saritepe Campus, was acquired in 1985, where a new complex of buildings is under construction. Also under constrution is an ultramodern dormitory ('superdorm'), the most developed student housing complex in Turkey.

Vision:
Boğaziçi University’s vision is to be a leading institution of higher education, one that shapes the future through being a pioneer in education, teaching, and research. The primary tenets of our vision are to Enrich the education and teaching experiences with innovative and creative approaches; Strengthen the culture of science, research, creativity, and innovation to become one of the leading research universities in the world; and to Contribute to shaping a better future through our academic, scientific, and cultural activities.

Mission:
Boğaziçi University’s mission is to educate individuals who embrace it’s institutional values, who are able to think both creatively and critically, who are independent and egalitarian, who appreciate ethical values, who respect nature and are aware of environmental issues, who are rooted in the local and open to the global, and who can, with their self-confidence and scholarly, social and cultural foundations, successfully take on leadership positions anywhere in the world. Boğaziçi University’s mission also encompasses producing universal thought, science, and technology in service of humanity, and playing a pioneering role in encouraging the spread of science, culture, and the arts throughout society.